Delhi airport said its switching over to renewable sources for its energy needs will help it reduce indirectly 200,000 tons of carbon emissions.

Total Views |
New Delhi, June 23: GMR Group-run Delhi Airport has become the first airport in India to run entirely on hydro and solar power from this month. This is a major step toward achieving the goal of becoming a Net Zero Carbon Emission Airport by 2030. 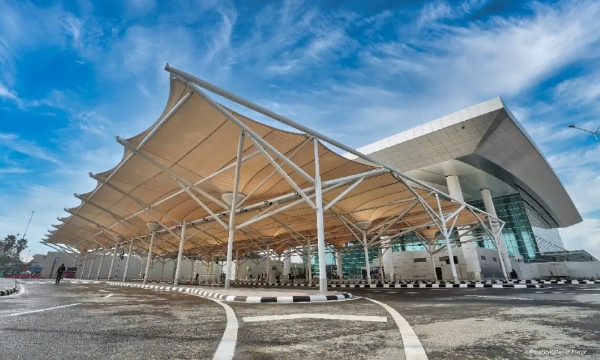 For this, Delhi International Airport Limited (DIAL) which manages & operates Delhi Airport, has signed a long-term power purchase agreement (PPA) with a Himachal Pradesh-based hydropower producing company for supply of hydroelectricity for the airport until 2036. 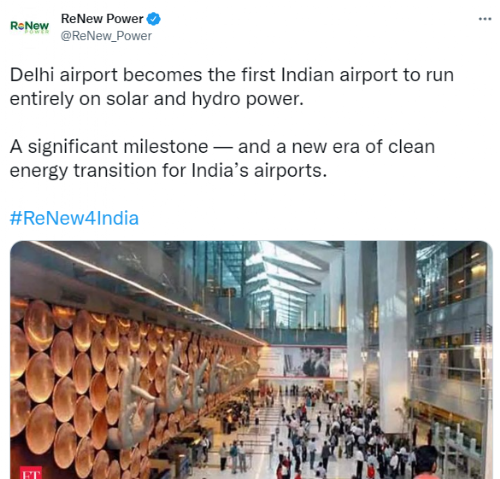 DIAL said its switching over to renewable sources for its energy needs will help it reduce indirectly 200,000 tons of carbon emissions. The airport has a 7.84 MW solar power plant on the airside & it added another 5.3 MW rooftop solar power plant at the cargo terminal recently.
The green initiatives at the airport include green buildings, green transportation measures like electric vehicles, improving operational efficiency to reduce emissions and management of greenhouse gases (GHG) as part of the Airport Council International’s (ACI) Airport Carbon Accreditation.
Also Read | CCEA clears Dholera greenfield airport project in Gujarat worth Rs 1,305 cr
Around 6% of the airport's electricity requirement is met from the onsite solar power plants while as much as 94% of the total demand is now being met through renewable energy use from the hydropower plant since June 1. This ends its dependency on non-renewable power, said DIAL.
"DIAL has been working relentlessly towards environmental sustainability and has set its target to make Delhi Airport a Net Zero Carbon Emission airport by 2030, way ahead of the global target of 2050. To achieve this, DIAL has adopted a Green Transportation program recently and now we achieved another milestone of the Green Energy Program for IGIA," said DIAL CEO Videh Kumar Jaipuriar.
Delhi airport hydro power solar power