1,253 Railway Stations to be upgraded, beautified by 2023: Railway Minister

"Ministry of Railways has formulated various schemes like Model, Modern and Adarsh Stations Scheme for the upgradation and beautification of stations on Indian Railways," said Vaishnaw.

Total Views |
New Delhi, August 5: Union Railways Minister Ashwini Vaishnaw on Friday, informed the Rajya Sabha that as many as 1,253 Railway stations across India had been identified for development, of which 1,215 stations have been developed so far and remaining stations are set to be developed under Adarsh Station Scheme by 2022-23. 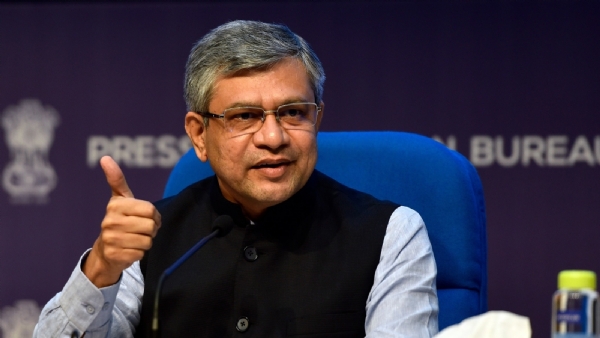 The Minister made the announcement while giving a written reply to a query of BJP MP Narhari Amin.

Responding to query "whether the beautification of railway stations of the country is being done by the government", Vaishnaw said, "Ministry of Railways has formulated various schemes like Model, Modern and Adarsh Station Scheme for the upgradation and beautification of stations on Indian Railways".
The Minister said, Railway stations are upgraded and beautified under 'Adarsh' Station Scheme based on identified need of providing better-enhanced passenger amenities at stations.

"Under 'Adarsh' Station Scheme, 1,253 stations have been identified for development, out of which 1,215 stations so far have been developed and the remaining stations are targeted to be developed under Adarsh Station Scheme by Financial Year 2022-23."
Also Read | Taranga Hill-Ambaji-Abu Road rail line worth Rs 2798 crore approved for improved mobility
Besides, Vaishnaw said, a new scheme for 'Major Upgradation of Railway Stations' has been recently initiated. "So far, 52 stations have been identified for the upgradation under this scheme." "The expenditure on beautification and the upgradation of stations under Adarsh Station Scheme is generally funded under Plan Head 53 'Customer Amenities," said the Minister.

On a question "whether railway stations located in Gujarat have been selected under this scheme", he said there are 32 stations which were identified under Adarsh Station Scheme in Gujarat.

The Indian Railways will employ 1.4 lakh more people and the process of recruiting them has already begun, added the minister. Vaishnaw said the recruitment drive was part of Prime Minister Narendra Modi's announcement of providing 10 lakh jobs.

Vaishnaw said the Railways has provided 18,000 jobs this year so far. Highlighting that the Indian Railways has been a major contributor in providing employment to people in the country, Vaishnaw said between 2014 and 2022, 3,50,204 people were recruited.
Railway Stations Railway Minister upgraded